Summary:- Most of the user has got the error hyper-v failed to change state the operation cannot be performed while the object is in use with error code 32788 while attempting to start the selected machine. Performing multiple similar attempts they failed to start the virtual machine. The article simply describes the manual steps to fix hyper-v failed to change state with error code 32788 instantly. By following the steps user is able to power on the virtual machine on Hyper-V version 2012 R2 & 2016. 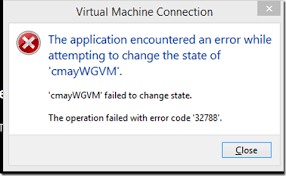 Virtualization is nothing instead of the creation of the virtual environment which includes Operating System, Storage Devices and much more on the same hardware platform after installing some specific software such as Hypervisor or Hyper-V. It acts as the additional layer between the physical and the virtual spheres. The Work on Hyper-V is only the management of resources among virtual machines. But due to stale or abnormal configuration of hyper-v, it generates the message when trying to access the virtual machine failed to change state the operation cannot be performed while the object is in its current state with error code 32788

The main reasons for the hyper-v the operation failed with error code 32788 are listed below
1. Conflict in the Virtual Machine Configuration
2. Change in the live hosted virtual machine by one of the user distracts the VM switch

“I have recently started using the Hyper-V for the virtualization of Mac OS on Windows Operating System. I configured the settings for VM itself by viewing tutorials videos. The VM Machine works fine for the single virtual environment. But When I configured another virtual machine using the same settings as followed to create the first one. But this when I start the machine it generates the error “failed to change state the operation cannot be performed while the object is in its current state with error code 32788”. I have tried all the hacks to resolve it but fails to do so. Please help me soon.”

“I am working as the system administrator in the small company. As the resources are limited so we are using the virtual machine for some costly software such as Photoshop, CorelDraw etc. Last Week I configured the Windows Operating system on the Hyper-V with applications like MS office 2016, Tally. The system hardware configuration is good to bear the load of such heavy applications.After working smoothly for few days it does start again and always pop-up the error failed to change state 32788. Can You please suggest me the solution to easily resolved the error failed to change state 32788.”

The quick steps to fix hyper-v the operation failed with error code 32788 are mentioned below:
1. Open the Virtual Console Settings in Hyper-V
2. Then Go to Network Adapter Settings; Validate the Settings. If there is any error in the configuration then the following message will be seen below 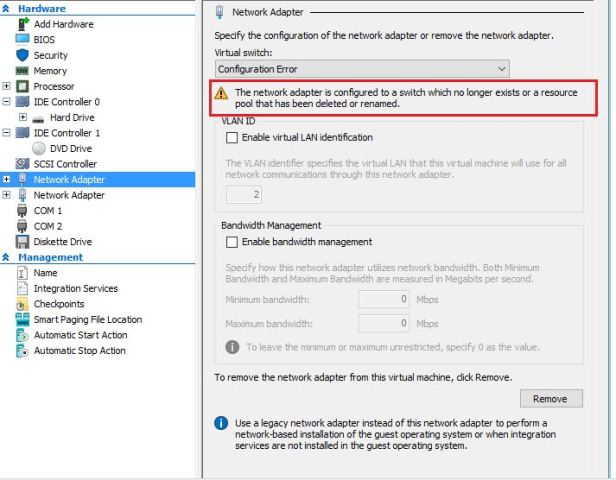 The Network adapter is configured to switch which no longer exists or a resource pool has been deleted or renamed.
3. Create the New Virtual Switch and then attached the newly created switch to existing virtual machine. 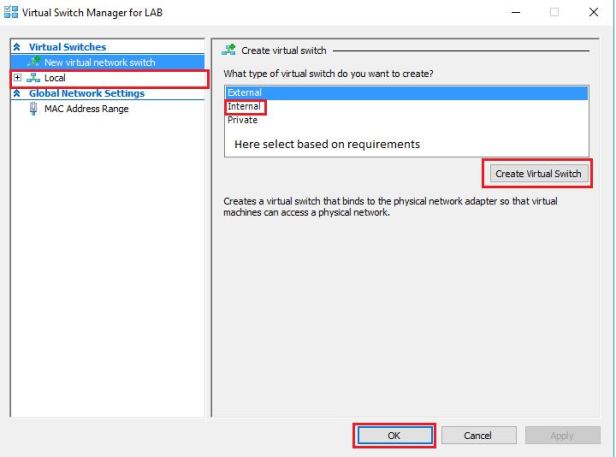 4. After doing so, then restart the virtual machine. It will work fine.

The methods have been discussed above to quickly fix hyper-v failed to change state with error code 32788 operation cannot be performed. The methods some technical knowledge about the creation of virtual machine and hypervisor. The steps to fix error 32788 should be followed with attention. If any of the steps skipped or executed abnormally then it leads to serious data catastrophe i.e. loss of crucial data. Then, in such case, Hyper-V VHD Recovery Tool will be helpful to easily recover lost data from corrupt vhd file

View all of admin's posts.